Why Voters Should Get Rid of the Davenport Ring, Part 8: How and why Montgomery County Judge Craig Doyal is beholden to the corrupt local political boss 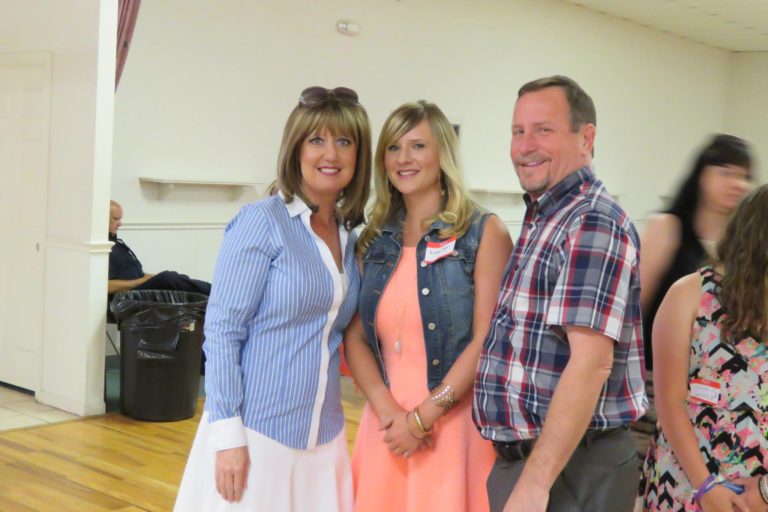 Conroe, March 2 – It’s clear that voters should get rid of the Davenport Ring in the March 6, 2018, Republican Primary Election, including all three of those politicians from the Ring of corrupt elected officials and politicians who face challengers, County Treasurer Stephanne Davenport (the boss’ wife), James Metts (the boss’ longest standing client and follower) running for Precinct 4 County Commissioner, and Jason Dunn (the boss’ newest client) running for JP 4. Stephanne Davenport, James Metts, and Jason Dunn all take their direction from the corrupt political boss.

There’s one politician, though, who is not a Marc Davenport client but who takes direction from the corrupt boss anyway. That’s Montgomery County Judge Craig Doyal, who fears Marc Davenport and is willing even to destroy some of his closest friendships if Davenport disapproves of them. When Marc Davenport waves his finger, Craig Doyal jumps.

In October, 2017, Doyal was in dire need of a consultant to manage Doyal’s faltering campaign for re-election as County Judge. Doyal sent Davenport a $5,000 check. Davenport refused to take the check or accept the engagement, because Davenport will only work for candidates whom Davenport is certain will win.

Davenport adds very little value to candidates’ campaigns, because he only has limited knowledge in campaign methodology and public marketing, as the poor quality of his work for campaigns reveals. In 2016, Rand Henderson, running for Sheriff, had some of the roughest campaign literature this County has seen in a long time. It didn’t matter, because Henderson had such a strong force of “volunteers” from the Sheriff’s Office working for him to ensure that an outsider didn’t win election as this County’s new Sheriff for the open seat left by previous Sheriff Tommy Gage’s retirement.

There are two primary reasons that County Judge Craig Doyal does what the corrupt local political boss directs.

First, and foremost, it’s nepotism and its terrible impact at work. Doyal rightly loves his daughter. His daughter has had trouble finding jobs in the past. Nevertheless, Marc Davenport and County Treasurer Stephanne Davenport recognized the political power gained from hiring Doyal’s daughter as an employee in the Treasurer’s Office.

As Stephanne Davenport said to The Golden Hammer once, “Nepotism is an abuse of power.” She’s right and she would know. Davenport abused her power by hiring Doyal’s daughter and then by trying to promote her in a secretive “reorganization” of the Treasurer’s Department to the position of “Assistant County Treasurer.” If it hadn’t been for County Human Resources Director Dodi Shaw, Precinct 3 County Commissioner James Noack, and this newspaper, the Davenports and Doyal might have gotten away with the secretive nepotistic promotion.

Doyal went so far as to threaten to fire Shaw who accused the Davenports of nepotism in a meeting with Doyal’s daughter, Shaw, Stephanne Davenport, and Assistant Human Resources Director Kathy Flowers. In a speech obviously written by Marc Davenport, the County Treasurer accused Shaw and her entire County Department on March 14, 2017, of a “huge lack of integrity.” Of course, the Davenports should have looked in the mirror for that.

The Davenports’ control of the economic future of Doyal’s daughter, however, is like a “Sword of Damocles” hanging above the County Judge. Doyal knows that, if he dares challenge Davenport, Doyal risks his daughter’s future.

In a series of threats against his and his wife’s perceived political enemies, local political consultant Marc Davenport threatened Montgomery County Judge Craig Doyal during a telephone call on the morning of Friday, May 26, 2017, that Doyal couldn’t continue to be the friend of Conroe City Councilman Duane Ham, or Davenport would order Davenport’s political consultant clients not to support Doyal in Doyal’s re-election bid for County Judge in 2018. Doyal informed Ham, his long time political ally who formed the Texas Conservative Tea Party Coalition in 2014 which was instrumental in Doyal’s electoral victory, that Doyal could not attend Ham’s upcoming political fundraiser on Thursday, June 1, for fear of reprisal from the Davenports and Marc Davenport’s political consulting clients, several of whom are law enforcement leaders. (After pressure from this newspaper, Doyal did attend the fundraiser but hardly spoke to Ham during the event.)

The communications from both Stephanne Davenport, who is the elected Montgomery County Treasurer, and Marc Davenport, her husband and a political consultant, to Ham are childish. They reflect attempts at intimidation of Ham, a city councilman, and Doyal, the County Judge.

This type of behavior may explain a lot about why Montgomery County is well known across the State of Texas for terrible County government and a complete absence of ethics in the County’s operations at the top levels.

Trouble began to brew on Thursday, May 25, 2017, at a Grand Opening Event for Lone Star Radio in Conroe. Ham, along with many other political people, attended the afternoon event in downtown Conroe. Doyal, his wife Amy Doyal, local photographer Nathan Arrazate, political consultant Melanie Schoettle, Conroe City Councilman Duke Coon, Kristin Leggett (who previously worked at KSTAR Radio), and several others attended the party. Doyal, sporting his facial scars, briefly spoke on the radio station to congratulate the station managers.

“Ok Steph I’m taking it your mad at me! You call with a problem I try to fix the problem and your pissed at me? Duane”

“Not mad. Done. You can call Marc if you need. Our team doesn’t roll with those who roll with the haters. Steph”

Later that evening, Thursday, May 25, Marc Davenport spoke with Ham by telephone. The conversation did not progress too well. During the telephone conversation, Davenport began screaming at Ham and accused Ham of colluding with Marc and Stephanne Davenport’s political enemies. Ham responded, “Well, you talk to Yollick.” Ham accused Davenport of “blackmail.” At that point in time Marc Davenport screamed a phrase described below and hung up. Davenport text messaged Ham and described the entire conversation,

“You [Ham] accused me [Marc Davenport] of collusion with yollick. I told you to go f–k your self and hung up. If you don’t take pictures of you f–king yourself and send them to me there will be nothing to blackmail you with. Melanie [Schoettle], Nathan [Arrazate], Margie [Taylor, a public relations consultant], Gary [Henson, a GOP activist and friend of Ham’s], Kristin [Leggett] are a constant source of undermining. You feeding these people and empowering them to continue to try to weaken is the issue. If you act like one of them you will be treated like one of them. Mark”

Marc Davenport has a close relationship with County Judge Doyal. Doyal hired Davenport to represent Doyal to negotiate a November 2015 road bond referendum. As a result, Doyal and Davenport are co-defendants in the Texas Open Meetings Act prosecution by the State of Texas pending before the Beaumont Court of Appeals. Doyal constantly reminds the public how much he supports Stephanne Davenport’s work as County Treasurer. That makes a lot of sense, because Stephanne Davenport employs Doyal’s daughter as the payroll coordinator in the Treasurer’s Office. Doyal contributes substantial funds to Stephanne Davenport’s campaign.

Marc Davenport often brags about his control of Montgomery County’s local law enforcement community. He has told several people that he has access to criminal investigation files. Marc Davenport demands strict loyalty from his political consultant clients and will not tolerate the slightest deviation from that fealty.

Therefore, when Marc Davenport called Craig Doyal on Friday, May 26, 2017, in order to threaten Doyal, Doyal took the threat quite seriously.

Marc Davenport told Doyal that the County Judge could no longer be friends with Ham regardless of how instrumental Ham was in Doyal’s 2014 election to the position of County Judge. Davenport told Doyal that Constable Hayden, Sheriff Henderson, Judge Metts, and Judge Mack would not continue to support Doyal if Doyal continued his personal and political friendship with Ham. Marc Davenport told Doyal, and Doyal repeated the comments to Ham, that Davenport would order Hayden, Henderson, Metts, and Mack, all four individuals who are law enforcement leaders, that they could not attend Ham’s political fundraiser on Thursday, June 1.

Ham said to The Golden Hammer, “Davenport is running me down quietly, trying to blackmail me to kiss his a–. That’s not going to happen. Are we in elementary school again?”

Doyal apologized to Ham on Friday, May 26, and told Ham that he couldn’t attend Ham’s June 1 fundraiser as a result of Marc Davenport’s threat. Doyal expressed his concern primarily that he needs the support of Precinct 4 Constable Hayden, who is a very popular law enforcement officer and politician in East Montgomery County, in order to win re-election.

Ham expressed his deep disappointment that Doyal did not plan to attend the June 1 fundraiser. Ham continues to consider Doyal a close friend and political ally despite Doyal’s reaction, as Ham told The Golden Hammer.

The long friendship of Ham and Doyal has largely ended. Citizens have observed both the excellent conservative voting record of Ham on the Conroe City Council and the fact that Ham and Doyal no longer work together as political allies.

Are the Davenports thugs?

Ham commented in an exclusive interview with The Golden Hammer, “The Davenports’ threats against County Judge Craig Doyal are an insult to the law enforcement community and the citizens.”

In March, 2016, a local politician, Will Metcalf, who serves in the Texas Legislature as a representative from Conroe, hired a lady away from another local radio station to become his district director. That lady was Mrs. X. When the Davenports heard that Metcalf intended to hire Mrs. X, they contacted Metcalf and threatened him with political payback. Even though Mrs. X had already resigned from her other job to work for Metcalf, Metcalf informed Mrs. X that he wouldn’t permit her to begin work. Mrs. X never got to begin her employment and had to find another job instead.

When the citizens elected Constable Rowdy Hayden, Sheriff Rand Henderson, Wayne Mack, James Metts, and Stephanne Davenport, they elected them to serve the citizens of Montgomery County. It’s frightening that they seemingly bow to the will of a local political consultant whom they pay for his services. Why do they follow him? Fear. Just look at the vicious campaign Marc Davenport has attempted to run against this newspaper and its Publisher, using paid bloggers, fake social media profiles, and outright deceit. Just yesterday at the polls at the Woodlands Community Center, Kristin Nichol, the campaign manager for Precinct 2 County Commissioner Charlie Riley, in a fit of anger, repeated several of the factual mis-statements which Marc Davenport had begun to spread about this newspaper’s Publisher over a year ago.

In the serious efforts to reform the Montgomery County government to reduce government spending drastically, to bring ethics reform, to bring purchasing reform, and to bring transparency, the actions of Marc Davenport and Stephanne Davenport, their childish behavior, and their seemingly improper influence on local law enforcement officials are issues that voters must address in order to achieve real reform.

Why Voters Should Get Rid of the Davenport Ring, Part 8: How and why Montgomery County Judge Craig Doyal is beholden to the corrupt local political boss added by admin on March 2, 2018
View all posts by admin →