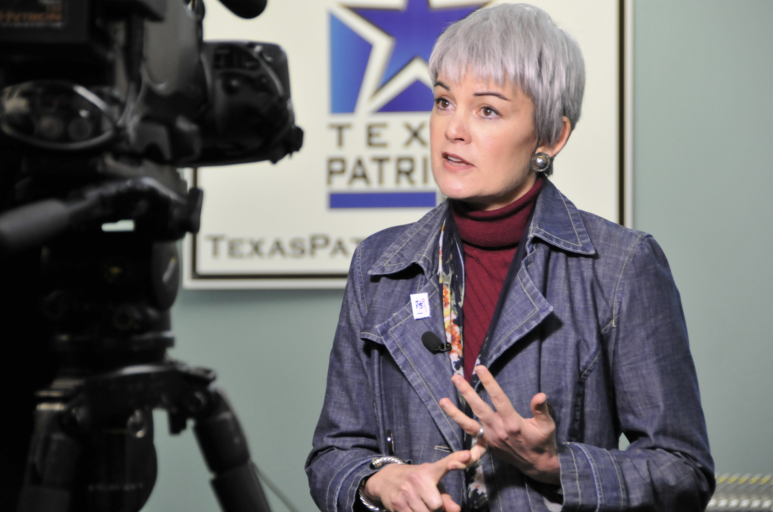 Conroe, April 3 – The Texas Patriots PAC, the largest Tea Party organization in Texas, has endorsed a “NO” vote on Conroe Independent School District’s (CISD) $807 million bond package and tax hike set for voter referendum on May 4, 2019. CISD Superintendent Curtis Null met with the Board of Directors of the PAC two weeks ago to make his presentation advocating in favor of the bond package.

This endorsement AGAINST the bond package is particularly significant, because the Texas Patriots PAC considered this issue independently and did not even hear any presentation against the $807 million bond package.

Bill O’Sullivan, Treasurer of the Texas Patriots PAC, made the following statement yesterday to explain the PAC’s position with respect to the CISD bond:

“Bonding is for Long Term Capital Improvements such as new schools with a PROVEN NECESSITY. Based on current information, that necessity is at least 10 years away.
“Ironically, the 2015 Bond at half the amount built twice the new seating capacity that this Bond provides. The rest easily fits into the category of Maintenance and Operations which does not belong in an ISD Bond.
“This Bond needs to be pulled and resubmitted for a vote with many changes.
“The vote needs to be in November of 2020 so all voters can be involved in a decision affecting their largest Property Tax Bill. Senate Bill S-1048, co-authored by Senator Creighton, is a law requiring Bond Elections be in November of even years. We concur with that approach.
“As of this writing CISD is now questioning whether a rate increase will be necessary. This indicates a political decision rather than a Fiscal one. They believe a Tax Increase will definitely doom this Bond which is in trouble without one.
“There needs to be a complete change in how CISD is run fiscally. They have to pre-fund expected repairs, refurbishments and Maintenance instead of incurring interest for those projects. Interest buys nothing.”

Among the $807 million in spending CISD intends within this bond package are the following expenditures among others:

At this point, the following institutions have endorsed a “NO” vote with respect to the CISD bond package:

Part of the interesting process CISD has concocted for this bond package is that the governmental entity has convinced several organizations not to permit any debate about the bond package. Rather, those organizations only permit CISD’s Superintendent, Curtis Null, to speak in favor of the bond package, but they do not allow any factual presentation about the $807 million bond package or any discussion challenging Null or CISD. Those organizations include Conroe Rotary Club, Woodlands Chamber of Commerce, Greater Conroe Chamber of Commerce, Greater Houston Builders Association, Woodlands Rotary Club, among others.

Yesterday morning, Wednesday, April 3, 2019, the Montgomery County Chapter of Houston Area Realtors invited Null to speak at Dosey Doe restaurant but the same organization refused to permit the Children’s Hope PAC, which provides factual information about the $807 million bond, to make any presentation. At the end of Null’s presentation, in response to a question, Null told the crowd that CISD intends to submit another bond package in four years which will include construction of a new high school in Conroe.