John Watson, Guest Writer to The Golden Hammer I was born on January 5th, 1944 in a little town that nobody had ever heard of called Arlington, Texas. The population was about 5,000 and we knew most of them. Kids played outside until dark and drank from garden hoses. We never locked our house and we […]

HOUSTON (AP) — Deshaun Watson doesn’t remember a time when he wasn’t competing. Whether it was trying to outrun his older brother while taking out the trash as a child or running away from defenders during a game of flag football he had the same mentality. “It’s definitely in my DNA to go out there […] 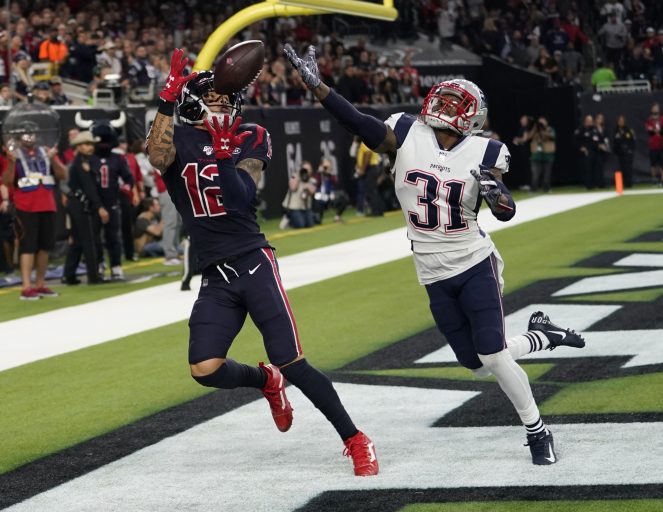 KANSAS CITY, Mo. (AP) — There were plenty of people standing on the Houston Texans sideline that felt they had something to prove against the Kansas City Chiefs on Sunday. Just about all of them succeeded, too. Deshaun Watson threw for 280 yards and a touchdown while running for two more, outdueling Chiefs counterpart Patrick […]

HOUSTON (AP) — Will Fuller knew it was up to him to make things happen on Sunday with Atlanta focused on slowing down DeAndre Hopkins. Fuller didn’t disappoint, catching three of Deshaun Watson’s five touchdown passes and finishing with a career-high 217 yards receiving to lead the Houston Texans to a 53-32 win. “Playing with […]

NEW ORLEANS (AP) — Wil Lutz made a 58-yard field goal as time expired to lift the New Orleans Saints to a 30-28 victory over the Houston Texans on Monday night in game that had three scoring plays in the final minute. Deshaun Watson threw a 37-yard touchdown pass to former Saints receiver Kenny Stills […]

Thomas gets life in prison for severe child abuse, thanks to District Judge Maginnis and work of Montgomery County DA

Houston, December 30 – The Houston Texans won an easy 20 to 3 victory over the Jacksonville Jaguars today at NRG Stadium. With the win, and their wonderful 11 win and 5 loss record, the Texans cruise into the NFL Playoffs and are the AFC South Division Champion. There was never any doubt. Under the […]

PHILADELPHIA (AP) — Nick Foles ran back onto the field after a hard shot knocked him out for a play and the crowd roared, seemingly knowing he was about to do it again. Jake Elliott kicked a 35-yard field goal as time expired after Foles led the offense into position and the Philadelphia Eagles beat […]

EAST RUTHERFORD, N.J. (AP) — The Houston Texans were trailing late and facing a second straight loss after a nine-game winning streak. Deshaun Watson wasn’t having it. The cool-headed, playmaking quarterback threw a 14-yard touchdown pass to DeAndre Hopkins with 2:15 left, lifting the Texans to a 29-22 victory over Sam Darnold and the New York […]