The Golden Hammer Staff Reports Conroe, November 13 – Montgomery County Tea Party President Pat Tibbs has criticized Willis Independent School District (WISD) for the school district bringing a drag queen into a Willis High School cosmetology class to teach and interact with students on October 18, 2019. WISD has made clear that it does […]

By Dennis Tibbs, Guest Editorialist to The Golden Hammer For decades seniors/disabled taxpayers have been allowed to have their property taxes “frozen” at the value as of their 65th birthday or their disability. After paying taxes for 50 years, or so, many look forward to a slight tax break once their earning years are behind them. Recently, […] 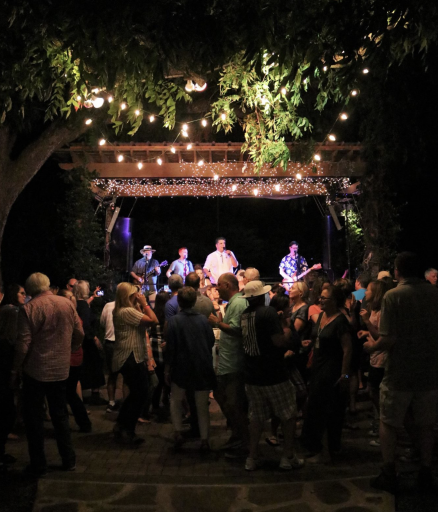 Image: Jon Bouche, the great conservative Republican activist and leader, also happens to be a talented musician and entertainer. He’s rapidly becoming the “Ronald Reagan” of Montgomery County. In this photograph, Bouche performed at Bernhardt Winery. “Johnny and the Spinsations,” Bouche’s band, will perform at Bernhardt Winery, 9043 County Road 204, Plantersville, Texas 77363, on […]

Conroe, March 4 – The Montgomery County Tea Party (“MCTP”), with its President away from town, has made the terrible error of permitting an uneducated ruffian to speak tonight, Monday, March 4, 2019, at 6:30 p.m., on the subject of “The Facts Behind Conroe ISD’s $807 Million Bond Proposal.” The errant speech will occur at […]

What is Montgomery County Tea Party?

TxDOT to hold public hearing on tolling of State Highway 249 tollroad on Thursday, June 29, in Austin

Austin, June 27 – The Texas Department of Transportation intends to hold a public hearing, as part of its regular monthly meeting, on whether to toll the extension of State Highway 249 from F.M. 1774 in Pinehurst to F.M. 1774 in Todd Mission, Texas, as a toll project on the state highway system. The Texas […]

Conroe, June 7 – Although the speeches were brief, the Montgomery County Tea Party presented what looked and felt like the first candidates’ forum for the 2018 election cycle on Monday night at the Church @ 242, the organization’s usual biweekly meeting location. President Patricia Tibbs hosted the presentation that involved announced candidates Mark Keough […]