Image: Montgomery County GOP Chairman Wally Wilkerson walked out of his own illegal meeting after he was unable to gain control of the improperly-called event on November 27, 2018. Wilkerson is in the brown jacket in the center back of the photograph seen on his way out the door. Conroe, November 28 – Montgomery County […]

Preparing for the terrible coming of Oprah: how Montgomery County has a duty to provide leadership up to and especially after 2020

Eric Yollick, The Golden Hammer It may not be Oprah, but it’ll be someone with her star power, if the democrats can wisely control the course of the democrat nominee in 2020. Nationwide, 2020 will be an ugly election for conservatives, because the Republican Party has so miserably failed us for 24 years and because liberals […]

Conroe, November 20 – While suburban counties such as Tarrant, Williamson, Fort Bend, Collin, and Hays suffered staggering losses for Republicans in the 2018 Midterm Election, Montgomery County was the “outlier” that ran a stronger Republican race than any other County in Texas. On November 6, United States Senator Ted Cruz received 76% of the […]

If my block-walking tells the full story, then the other party is in trouble in the mid-term elections

Eric Yollick, The Golden Hammer Thanks to Montgomery County Republican Party Victory 2018 Steering Committee Block Walking Captain Kelli Cook, I block-walked this weekend for the November 6 General Election. I’ve started in the voting precinct where my wife and I live. It’s been quite an experience. I’ve blocked-walked for 42 years for Republican candidates and […]

Conroe, October 7 – United States Senator Ted Cruz, the Republican running for re-election to the United States Senate from Texas, invited a few people to attend a rally to support his campaign at the Lone Star Convention Center in Conroe. Despite a small amount of publicity for the event, more than 2,334 excited supports […]

Editorial: The time is here for Republicans in Montgomery County to unify FOR REAL

Eric Yollick, The Golden Hammer As I was sitting in the Montgomery County Commissioners Courtroom waiting for the June 26, 2018, Montgomery County Republican Party County Executive Committee (CEC) organizational meeting to begin, several people from the political establishment came up to me and repeated a mantra. “No matter what happens, we’ve got to unify as […] 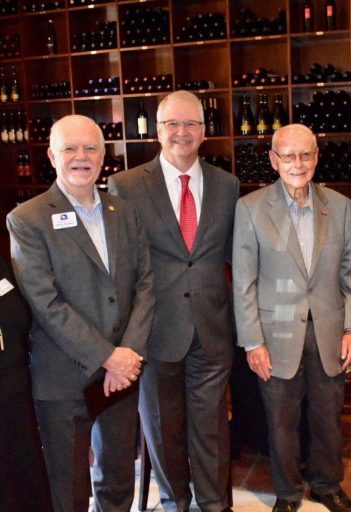