Priest La Rosa-Lopez pleads guilty to child molestation, DA Ligon comments “we hope that with time the wounds this man so selfishly created will heal”

The Golden Hammer Staff Reports Conroe, October 22 – Troy Hall pled guilty and was sentenced to 45 years in prison by Judge Phil Grant in the 9th District Court following a plea agreement for abusing and starving the 12-year-old son of his girlfriend, Angela Cassidy.  Previously, on September 4, 2020, Angela Cassidy, without a plea […] 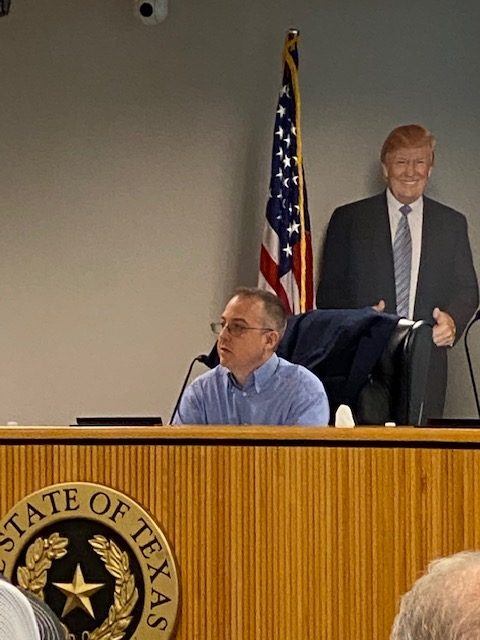 Man Sentenced to 45 Years for Murder Committed Over Debt

Conroe, August 17 – On August 17, 2020, defendant Melvin Ramirez-Russel, 39, entered a plea of guilty in front of the Honorable Lisa Michalk presiding over the 221st District Court, for the first degree felony offense of murder, in exchange for a sentence of 45 years in prison.  As part of the plea agreement, the State […]

The Golden Hammer ratings: how did government officials rate during the Chinese Coronavirus response

Image: Throughout the Chinese Coronavirus response, Montgomery County Sheriff Rand Henderson led in accordance with Constitutional principles and with a tender heart for individuals, families, and businesses suffering. The Golden Hammer Staff Reports Conroe, May 19 – The Golden Hammer has received substantial feedback from our readers and the Montgomery County community in general with respect to the […]

Even with 19 positive test results for illness, fears mounting that government reaction worse than the Chinese coronavirus disease itself