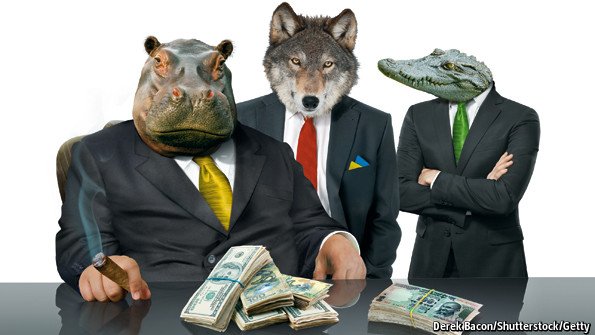 Image: Left to right, Montgomery County Toll Road Authority members Charlie Riley and Craig Doyal, along with Sugar Land tollroad lawyer Rich Muller. Muller is willing to say just about anything to continue the legal fees flowing in his direction with the construction of the TX 249 Tollway project.

Conroe, April 22 – Precinct 3 County Commissioner James Noack has placed an open challenge to the construction of 3 miles of the TX 249 extension as a tollroad from Spring Creek to Pinehurst that Montgomery County Judge Craig Doyal, Precinct 2 County Commissioner Charlie Riley, Sugar Land tollroad lawyer Rich Muller, and Halff Associates, Inc., regional Vice President Bobby Jack Adams (Doyal’s best friend and business partner) are shoving onto the shoulders of Montgomery County taxpayers at a price somewhere between $76 million and $130 million. Doyal, Riley, Muller, and Adams refuse to disclose the full price of the proposed tollroad project and have continued to fail to disclose the cost on the agenda for the April 24, 2018, Commissioners Court meeting where they intend to force a vote to approve a contract for the road’s construction.

Noack, however, has made clear that he’ll lead a petition drive to stop the tollroad, especially after three major developments have occurred. First, Texas Department of Transportation (TxDOT) Executive Director James Bass on April 19 echoed the December 19 comments of Texas Transportation Commissioner Victor Vandergriff that TxDOT would build the road as a free road, if Montgomery County chooses not to build the road as a tollroad. Bass made those comments in a written statement which his Director of Media Relations released in which the TxDOT Executive Director openly discussed what would happen if the road proceeded as a free road. Second, voters in Montgomery County and throughout Texas passed Proposition 2 in the Republican Primary Election on March 6 by a 91% vote that called for construction or financing of tollroads only if voters first approved the tollroad. Third, Governor Greg Abbott and Lieutenant Governor Dan Patrick, as well as numerous legislators, have called for an end to tollroads in Texas.

Noack has placed an item on the Commissioners Court agenda as follows: “CONSIDER, DISCUSS AND TAKE APPROPRIATE ACTION REGARDING AMENDMENT, REVISION AND/OR TERMINATION OF THE SH 249 CONSTRUCTION, OPERATION AND MAINTENANCE AGREEMENT BETWEEN MONTGOMERY COUNTY AND TXDOT DATED APRIL 13, 2015 (RATIFIED AND APPROVED BY MONTGOMERY COUNTY ON APRIL 21, 2015).:

Noack told The Golden Hammer in an exclusive interview, “I will fight this tollroad to the end. There is no reason for construction of the TX 249 extension as a tollroad when TxDOT clearly would build the road as a freeload. We’ve spent way too much of taxpayers’ dollars on this project already.” Noack confirmed that he intends to start a petition drive, if the Commissioners Court proceeds with the tollroad construction contract.

Doyal, Riley, Muller, and Adams seek to finance the TX 249 Tollway, better known as the Decimation of Hope Highway, through issuance of revenue bonds in an amount they have refused to disclose under Texas Transportation Chapter 284.

Texas Transportation Code Chapter 284 explicitly allows the County government to call for a referendum to allow voters to approve or disapprove the road financing which, in a normal County government, would precede the letting of the contract for the construction. Since Riley and Doyal have made clear they wouldn’t support a citizen referendum, despite Riley’s public promises to the contrary, Noack intends to lead a petition drive to require that the County government hold a voter referendum before issuance of the revenue bonds.

Of course, Montgomery County’s government is no normal government nor is this tollroad project normal. The driving force behind the 3-mile Decimation of Hope Highway is the enormous desire of Riley and Doyal to funnel public dollars to their closest friends who have established and funded their criminal legal defense funds to defend the pending criminal indictments pending against them for official misconduct in the form of alleged violations of the Texas Open Meetings Act.

If the Texas Department of Transportation built the 3 mile Decimation of Hope Highway as a free road, then Riley and Doyal couldn’t control who would receive the funds. Specifically, they couldn’t funnel money into the hands of Halff Associates, Inc., the firm of Doyal’s best friend and business partner Bobby Jack Adams, and of Jones & Carter, the other engineering firm that helped with the establishment of Doyal’s legal defense fund.

If the Texas Department of Transportation didn’t build the 15.3 mile section of the TX 249 Extension as a tollroad immediately adjacent to and north of the 3 mile Decimation of Hope Highway section, then Riley and Doyal’s tollroad wouldn’t make any sense. In other words, a 3 mile tollroad next to a 15.3 mile free road would be pretty strange. Therefore, Riley and Doyal strenuously lobbied the Texas Department of Transportation (TxDOT) to build the 15.3 mile section as a tollroad.

The County Commissioners of little Grimes County lobbied TxDOT to give them a free road through that community. But Doyal and Riley told TxDOT on June 27, 2018, and in their behind-the-scenes lobbying that Montgomery County citizens were “unified in support” of a tollroad.

Noack’s threat of a petition drive to require a referendum on the Decimation of Hope Highway revenue bonds is a serious threat, indeed. As a result, Muller, Doyal, Adams, and Doyal’s “chief of staff” jim fredricks held a meeting right before the Commissioners Court meeting on April 10 during which they decided on a way to award the $56 million construction contract for the tollroad in April, even though they couldn’t possibly issue the revenue bonds before some time in July, according to the tollroad financial advisors. They’re hoping to stop a petition drive before it even gets started.