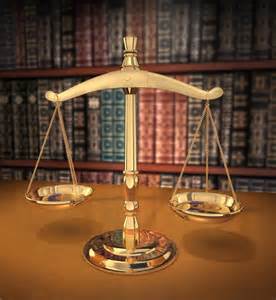 After District Attorney Brett Ligon referred the “Video-Gate” investigation to Montgomery County Sheriff Rand Henderson on Monday, May 22, 2017, Henderson then referred the investigation to the Internal Affairs Division (“IAD”) within the Sheriff’s Office. The charges are quite simple, but the Division, within the Executive Division under Captain Bryan Carlisle, has taken great care to investigate their first public integrity matter not involving law enforcement officers.

After the Sheriff’s Office has completed the investigation, they would refer charges back to the District Attorney’s Office for prosecution. Doyal’s campaign fundraiser, which he advertised and promoted in the video, is scheduled for June 20, 2017. It appears likely, at this point, that the next step in the process – referral of the matter to the District Attorney’s Office from the IAD – will occur during the coming week. Sources inside the Sheriff’s Office have confirmed that Sheriff Henderson believes the filming of the video is a “de minimis” action. Nevertheless, some of the investigators believe the violation was clear.

Hopefully, Henderson will not involve himself in the investigation, as some of his Davenport-prepared campaign literature also contains film of Henderson posing in similar circumstances to the ones which form the basis of the referral to the Sheriff’s Office from the District Attorney. (Since Davenport likely prepared that literature, citizens should not question the integrity of Sheriff Henderson at this point. An advertising consultant, such as Davenport, on whom Henderson clearly relied, should have caught that problem long before the photographs appeared on Henderson’s website.)

Normally, the IAD has investigated complaints against peace officers. Sheriff Henderson, however, promised during his election campaign that he’d take over public integrity investigations from the District Attorney’s Public Integrity Unit, which has conducted those types of investigations in the past. As Ligon has explained, referring those investigations to the Sheriff is the “best practice.”

Doyal violated Texas Election Code and Texas Ethics Commission proscriptions with a campaign advertisement he filmed from his County office on Friday, May 19, 2017. Filming the political advertisement in a County office is a violation of Section 255.003 of the Texas Election Code and of Texas Ethics Commission Opinion Number 443.

Doyal began to circulate the video advertisement on Saturday morning, May 20, 2017. In the advertisement, Doyal solicited money for his political campaign for re-election as County Judge and discussed how he anticipates a hotly contested race during the 2018 election.

Section 255.003 of the Texas Election Code establishes a Class A misdemeanor, punishable by up to 1 year in jail, for any officer or employee of a political subdivision who knowingly spends or authorizes the use of public funds for political advertising. The statute explicitly contemplates that the Texas Ethics Commission may render written opinions regarding conduct regulated under the Section.

In Texas Ethics Commission Advisory Opinion Number 443, the Texas Ethics Commission clarified that Section 255.003 specifically prohibits the use of facilities not open to the public for political advertising of the sort which Doyal filmed for the video. Doyal’s office is not a public forum open to everyone, so it is clear that he violated the criminal statute by using his office for the advertisement.

In Ethics Opinion 443, the Commission discussed the use of a teachers’ lounge in a school for the filming of a political advertisement and determined that such use of the lounge was prohibited and a violation of the penal law. Several Ethics Commission opinions have later supported the conclusion of Opinion 443 that political advertising in a non-public forum, such as a private office, within a public facility is clearly a violation of the Texas Election Code.

The Trial of the 21st Century: The Texas Open Meetings Act

Special Prosecutor Christopher Downey, of Houston, has requested a 20 day extension to file the opening Brief on behalf of the State of Texas. The Beaumont Court of Appeals granted Downey’s request, making the Brief due on June 20, 2017. Such extensions are common. If Downey files the Brief timely, then the appellees (Defendants) will have until July 10, 2017, to file their responsive Briefs, although extensions are likely on their side of the appellate proceeding as well.

Doyal, Riley, and Davenport are claiming that TOMA is unconstitutionally vague and improperly restricts their right to free political speech. A fourth defendant, Precinct 4 County Commissioner Jim Clark, has entered into a pretrial diversion agreement with Special Prosecutor Christopher Downey under which Clark has turned “state’s evidence” and is cooperating with the prosecutors in return for which they have given him immunity from prosecution under certain conditions and terms.

There are two major criminal provisions in TOMA. One of the provisions, Section 144, prohibits members of a governmental body, such as the County Commissioners Court, from meeting in a quorum (3 out of 5 Court members) without compliance with the notice and open meeting provisions of TOMA. The other provision, Section 143, is the one under which the three criminal defendants were indicated.

Although the crimes with which Doyal, Riley, and Davenport are charged are only Class B misdemeanors, Doyal and Riley could lose their careers as elected officials if convicted of these crimes which constitute “official misconduct.” Liberty County Commissioner Mike McCarty was removed from his job after he was convicted of a Class B misdemeanor involving “official misconduct” on Monday, April 24, 2017.

The gravamen of the State’s prosecution case is:

Visiting District Judge Randy Clapp ruled that TOMA Section 551.143 was unconstitutional and dismissed the cases against the three remaining Defendants. The State of Texas is, therefore, appealing the dismissal.