DA Ligon, Others React to Commissioners Court Ethics Policy: Is “The Fox in the Hen House?”

By admin on January 28, 2017Comments Off on DA Ligon, Others React to Commissioners Court Ethics Policy: Is “The Fox in the Hen House?” 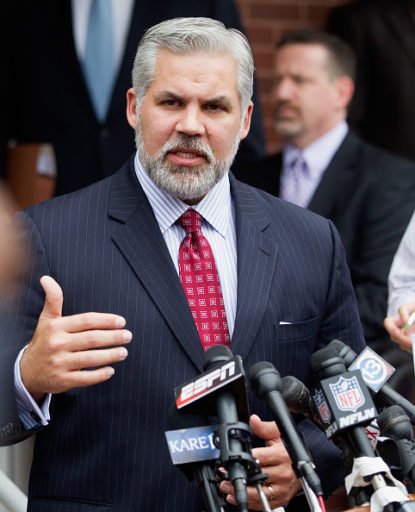 Conroe, January 28 – District Attorney Brett Ligon and other community leaders involved in the discussions concerning an ethics policy spoke with The Golden Hammer concerning their reactions to the Code of Ethics which the Montgomery County Commissioners Court adopted on Tuesday, January 24, 2017, during a regular Court meeting. The Texas Department of Transportation required Montgomery County to adopt an ethics policy in order to continue to receive state road and bridge grants after February 7, 2017. TxDOT’s show of force and threat to withdraw all state funding for Montgomery County on the ethics issue finally spurred County Judge Craig Doyal and County Attorney J.D. Lambright to act in passing a minimal ethics compliance policy for the County government.

Ligon stated that he takes issue with The Golden Hammer’s criticism of County salaries. Nevertheless, he believes that a County Code of Ethics should have included a policy “requiring people who are paid full-time salaries to work full-time and not have outside business interests.” Ligon has argued that the County Judge, Commissioners, and County employees deserve appropriate full-time salaries but that they should also work the long hours to earn that compensation. Ligon noted that the prosecutors in his District Attorney’s Office work very long and hard and follow the ethical requirements of the Texas Professional Prosecutors Act as well as higher standards that Ligon maintains for the professionals and other employees who work for him.

Ligon noted that he believes there are three levels of societal conduct of which he and other County officials should take heed. At the “floor level,” County officials and all people in the community should abide by criminal laws which “set the base of what we, as a society, expect of each other,” Ligon stated. “An ethics policy is in the middle of our expectations of each other. I had hoped that the Judge and Commissioners would adopt aspirational goals for their conduct even higher than that.”

Precinct 4 Commissioner Jim Clark was blunt and matter-of-fact in his remarks to The Golden Hammer. “We needed an ethics policy to qualify for state grants. The Commissioners Court was rushed to get it done due to the TxDOT requirements. This ethics policy needs to be modified, to be made much stronger, and I intend to be a major part of getting that done,” Clark explained.

Steve Toth, Republican of The Woodlands, a former State Representative, and a community leader, businessman, and political activist, has appeared before the Commissioners Court several times recently to urge Judge Doyal and the Commissioners to adopt true ethics reform. His pleas seemed to fall on deaf ears until TxDOT recently threatened the County with the withdrawal of state funds. Toth was highly critical of the new ethics policy: “The policy is lacking, because it doesn’t address two major issues. First, it fails to address nepotism that violates state law. Second, the policy doesn’t address county employee partnerships with people who do business with the county,” in an obvious reference to Craig Doyal’s business partnership with Bobby Jack Adams, a Vice President of Halff Associates, Inc., engineers, with whom Doyal owns a company that does business with governmental entities. Doyal has failed to recuse himself from votes for Halff contracts and other matters, such as the appointment of a director to the Lone Star Groundwater Conservation District, which benefit his business partner, Adams.

The sharpest criticism of the new County ethics policy came from Precinct 3 County Commissioner James Noack, who told The Golden Hammer earlier this morning, “I’ll comply with the ethics policy, but I had hoped that it would bring true reform to the nepotistic practices and force disclosure of business relationships between County leaders and vendors. It’s sad that it takes such a policy for some of the Court members to do the right thing.”

The five-member Ethics Committee, which the new Code of Ethics has established, has essentially no enforcement power, although the Committee could issue a letter of reprimand, or “scarlet letter,” as Ligon described it during the January 24 Court meeting. Noack was most critical of the Committee’s membership and structure, “I have serious concerns with the way the Ethics Committee will be chosen. Two of the five will be appointed by the Commissioners Court which Judge Doyal controls, so he’ll have a major impact on the decisions of those two members. Further, in a power grab on January 26, 2015, Doyal consolidated all county departments under his direct control, although I was the lone dissenting vote against that department reorganization. The remaining three Ethics Committee members will be nominated by the Purchasing Department, the Human Resources Department, and the County Auditor. Since Doyal oversees purchasing and human resources, then along with the two Commissioners Court members of the Ethics Committee, this Code of Ethics gives Judge Doyal direct control over at least four of the five committee members. The fox is in the hen house.”

County Attorney J.D. Lambright assured the Commissioners Court that he would oversee the operation of the Code of Ethics and would likely suggest modifications in the future.

What the community should fear is that County Judge Craig Doyal will attempt to claim passage of this minimal TxDOT-mandated ethics policy as some sort of accomplishment of his own. It is nothing of the sort. Rather, state regulators discovered that the Montgomery County government, under Doyal’s management, neither had nor followed an ethics policy. Faced with the Sword of Damocles of losing state transportation grants, Doyal and his largely-personal attorney Lambright had to take minimal action. Doyal has already attempted to take credit for “directing” enactment of an ethics policy.

DA Ligon, Others React to Commissioners Court Ethics Policy: Is “The Fox in the Hen House?” added by admin on January 28, 2017
View all posts by admin →