The straw has broken the camel’s back: Montgomery County Judge Doyal should resign, due to continuing legal violations and cavalier attitude towards County government 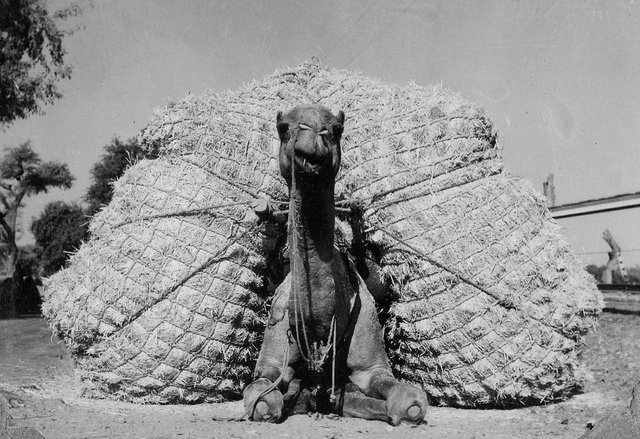 PUBLISHER’S NOTE: PLEASE NOTICE THIS BREAKING NEWS STORY ABOUT ANOTHER ILLEGAL CRAIG DOYAL VIDEO THAT HE CONTINUES TO SHOW ON HIS CAMPAIGN WEBSITE! (Video at bottom of this article.)

Conroe, May 22 – Montgomery County Judge Craig Doyal should do what he threatened less than a year ago when the Texas Judicial Conduct Commission suspended him without pay for approximately four weeks: he should resign as County Judge. Doyal has revealed a complete and continuous disregard for the law, an attitude that is inappropriate for someone whose title is “judge.”

In the past three days, Doyal distributed a campaign video advertisement, which he taped inside of his official office on the fourth floor of the Sadler Administration Building, a clear violation of Section 255.003 of the Texas Election Code and a Class a misdemeanor. The Texas Ethics Commission, in Opinion Number 443 and several opinions thereafter, has made clear that it is against the law to film political advertising on public property, unless the location of the filming is a “public forum.” Doyal’s office is most certainly not a public forum under the careful analysis of the Ethics Opinion.

Doyal’s advertisement is a violation of Article XII, Section 1, of the County government’s Code of Ethics as well.

It doesn’t matter why Doyal broke the law. He’s uttered all sorts of excuses trying to rationalize his misconduct. This man disregards the law and doesn’t act like a “judge” in any way, shape, or form.

A county judge is also supposed to preside over the Commissioners Court. The only sort of “presiding” Doyal actually does is to issue an obtuse agenda every two weeks in which he hides most of the Montgomery County business under a “consent agenda.” That way, the Court meetings are much shorter, so Doyal can get out to the golf course quickly.

In June and July, 2016, Doyal let his colleagues know that he intended to resign by the end of July, 2016, if his suspension without pay didn’t come to an end, after the Montgomery County Grand Jury indicted him. The Judicial Conduct Commission partially lifted Doyal’s suspension and permitted him to receive pay. They stuck Montgomery County taxpayers with the cavalier Doyal.

There have been allegations of Doyal using government property to support his campaigns for many years. In April, 2012, former Precinct 2 employee Melissa Goetz accused Doyal of using precinct 2 employees, equipment, supplies, and vehicles for his political campaigns. Doyal never responded to those allegations.

Meanwhile, Doyal has completely violated the trust of the Montgomery County citizens who have made contributions to his political campaigns. Almost all of Doyal’s County government decisions favor out-of-county engineering vendors who contribute the lion’s share of the funds to his political campaign. Doyal’s favorite beneficiary of County government funds is, of course, his business partner and best friend, Bobby Adams, who is the vice president of Halff Associates, Inc., the so-called “project manager” on the $73 million (or more) 3.6 mile Tx-249 extension, more commonly known as the Decimation of Hope Highway. Since no construction is occurring, since the County pays a full time salaried County Engineer Mark Mooney, and since the County also pays John Holzwarth to oversee all road construction projects, the nearly $2 million paid to Halff for the Decimation of Hope Highway would appear to be a gift.

When someone contributes to Doyal’s campaign, they’re really contributing to his legal defense fund, because that’s where the vast majority of his funds go.

Of course, Halff has contributed to Doyal substantially and to his legal defense. So in Doyal’s mind, Halff and Adams probably deserve as many County tax dollars as he can place into their hands.

Doyal’s resignation would remove an impediment to County spending and ethics reform. It’s time to clean up the Montgomery County government.

In the following video, the scenes at a desk and in front of a map are inside of Doyal’s official Precinct 2 Commissioner’s Office, another violation of Texas Election Code Section 255.003. Please note that Doyal continues to run that video at his campaign website www.craigdoyal.com. You, the taxpayers, paid for portions of that political advertisement.

The straw has broken the camel’s back: Montgomery County Judge Doyal should resign, due to continuing legal violations and cavalier attitude towards County government added by admin on May 22, 2017
View all posts by admin →