Conroe, September 19 – “All Montgomery County Offices will be closed today due to widespread flash flooding occurring over northern and eastern Montgomery County including Conroe.  Employees should report to their supervisors or elected officials to determine if they are essential to today’s operations,” said Jason Millsaps, Chief of Staff to Montgomery County Judge Mark Keough, the “People’s Judge” and a Republican from The Woodlands.

“Due to the diligence and hard work of Detectives with the Montgomery County Sheriff’s Office, we are pleased to report that Ryder Skye Cambron has been safely located in the area of 5080 Jackson Road, Montgomery, Texas.

“As this investigation unfolded, we have learned that Ryder orchestrated her disappearance with a 17 year old male and left clues for her family to believe that she had been abducted. Ryder intentionally left the UTV and her cell phone at the park and left with the 17 year old male to a residence in Dobbin, Texas. Ryder had been hiding at the residence in Dobbin with the 17 year old male and two other adult males for approximately 28 hours, and fled into nearby woods once she learned Detectives were possibly en route to her location.

“As Detectives prepared for tracking canines to search the wooded area where she had last been seen, an alert citizen observed a suspicious person hiding in the shadows on the railroad tracks nearby. The citizen called the Montgomery County Sheriff’s Office and reported the suspicious person was wearing a camo hoodie and black shorts which is what Ryder was reportedly wearing when she went missing.

“Thanks to the Department of Public Safety’s helicopter, Ryder was located after again leading police on a lengthy search, having traveled 4.4 miles from the area where she was observed by the concerned citizen. Ryder was released into the care of her concerned parents after MCTXSheriff’s Detectives interviewed her regarding this incident, and ensured that no harm had come to her during her absence from her home. 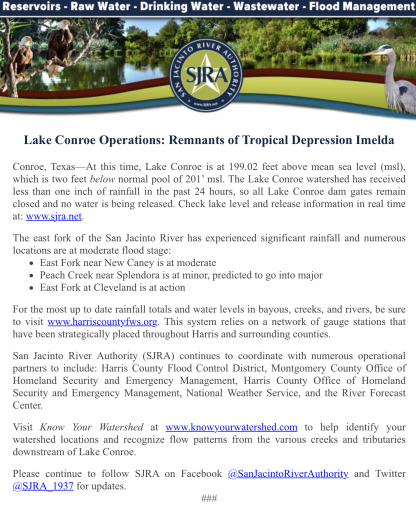